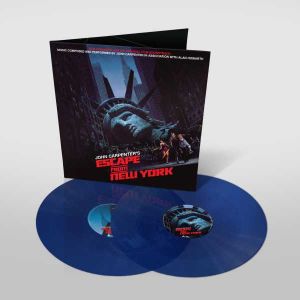 2LP
O.S.T.
SILVA SCREEN RECORDS (SV SILLP1493B 01)
738572144067
Originally released on the 31st of July 2015, the vinyl edition of John Carpenter’s classic 1981 thriller mirrored the expanded CD release from 2000, with over 20 minutes of previously unreleased music plus music from scenes deleted from the final print and original dialogue highlights. The masters for that CD were re-mixed from the original multi-track session tapes by long-time Carpenter associate Alan Howarth.

This is the first time on coloured vinyl for this LP, all previous pressings having been on black vinyl.