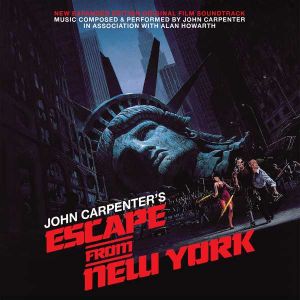 CD
O.S.T.
SILVA SCREEN RECORDS (SV SILCD1493 02)
738572149321
John Carpenter's Escape From New York was released in 1981 and 40 years on the film remains a firm cult favourite with sci-fi fans worldwide. This is a reissue of the original, expanded soundtrack edition which includes over 20 minutes of previously unreleased music plus music from scenes deleted from the final print alongside classic dialogue sequences The masters were re-mixed from the original multi-track session tapes by long-time Carpenter associate Alan Howarth.