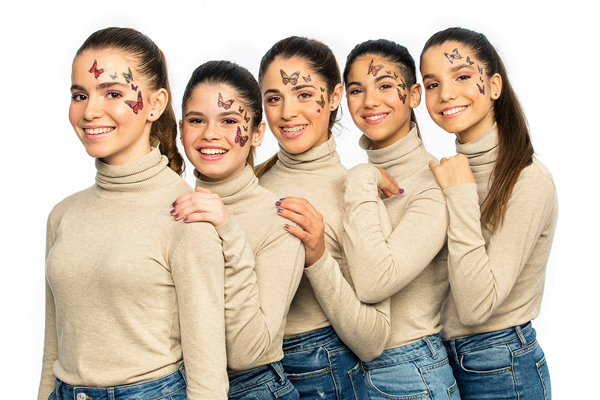 Macedonia says goodbye with 'Papallones'
The project promoted by Dani Coma announces its stopover on stage
After 20 years of performing on the stage and being a leader in music for family audiences, the Macedonian group announces its cessation in February 2021.But before leaving, the band still gives away one last disc, Butterflies (Discmedi, 2020), which sees the light tomorrow, February 14, the day of the lovers and the butterflies par excellence. To close the circle, the group returns to Discmedi, a record label with whom it debuted, and includes on the disc the perverted successes that have accompanied the band during these two decades.

The history of Macedonia has been developing over the last 20 years with fourteen albums, the first being Pose me a Juice (Discmedi, 2004), and four generations of different singers. From the beginning, the set has never stopped its activity, linking each fruit generation with the next without retention, so that the two relays could establish an emotional and learning bond that allowed them to be entrusted with the essence of the group from one to the other. This year, however, the last generation, which started in 2017 and consists of Noa, Mar, Anna, Gina and Lota, is responsible for singing the group's final goodbye. We will still have a whole year to enjoy the band and sing "Pampallugues" live.
News