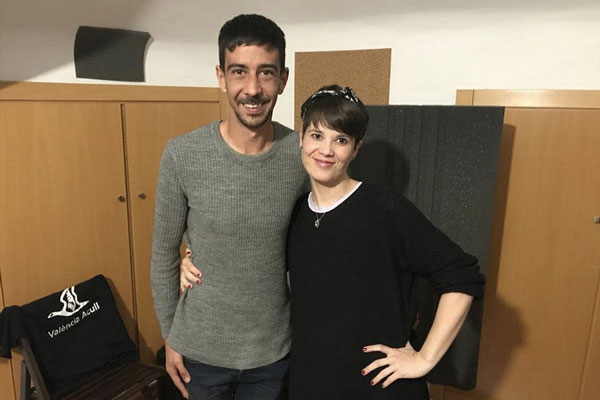 Jonatan Penalba discovers his Reversions
DiscMedi distributes the new album by the musician from Alcúdia, a collection of versions of current and traditional songs
On the album, Penalba has the collaboration of artists such as Josep Nadal, Tesa and Mireia Vives, among others.

From Alcúdia, Jonatan Penalba presents a new album where he revisits songs by other artists, such as the emblematic "Que tinguem sort" by Lluís Llach, as well as traditional pieces. Reversions (Time Record, 2020 and distributed by DiscMedi), which is the eloquent title that names the collection, is the second reference of Penalba, which comes after the success of his debut with De soca-rel (Time Record, 2018).

With this new work, Penalba goes a step further and moves slightly away from the root that defined him on the first album, to carry an eclectic repertoire but passed through his flamenco sieve. As the artist himself says in an interview with Enderrock.cat: “With this second album I have completely changed history but this does not mean that in the future I cannot say that I will make another album of pure and simple folk music. My intention is to do a little of everything but always singing from the heart and from the soul. "

The record. –Which will be distributed from this Friday, July 3– is made up of versions of songs such as “El dia que tot rebente” (The Deaf Bitch), as well as “Que tinguem sort”, but also popular pieces such as Granaïna de Montaverner ”, and poems by authors such as Vicent Andrés Estellés, Enric Casasses or“ Veles e vents ”by Ausiàs March (and set to music by Raimon). In addition, in this adventure, voices of artists as diverse as Josep Nadal (La Gossa Sorda), the rapper Tesa, the singer-songwriter Mireia Vives, Josep Nadal, Carmen París and Miquel Gil accompany Penalba on this adventure.
News