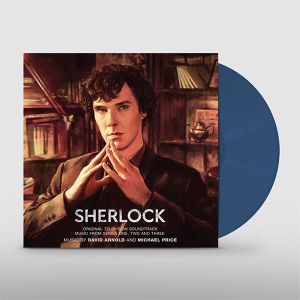 LP
O.S.T.
SILVA SCREEN RECORDS (SV SILLP1456 01)
738572145675
Reissued on Dusk Blue vinyl is this selection of music from the soundtracks to the hugely popular BBC SHERLOCK series 1, 2 and 3. The track listing represents the most popular themes from across the three series which brought composers David Arnold and Michael Price multiple awards and award nominations internationally. The LP is pressed on Dusk Blue vinyl and the cover features a specially commissioned painting of Benedict Cumberbatch in the title role by artist Alice X Zhang, which will also be included on a printed insert.