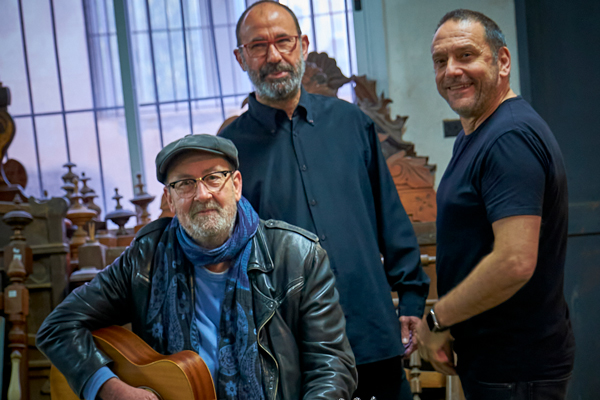 ‘El gest imaginari’ of Massutí and the Zeromonstres
The Mallorcan band publishes their second work
In order to burst and enliven the confinement for the Covid-19, from Mallorca comes the new work of Miquel Massutí with his band Zeromonstres (Pep Lluís Victory, Toni Hernansaiz, Carles Seguí and Carles Bujosa). Being set up as a second album, which can now be found online and in physical form on both CD and LP formats, The Imaginary Gesture (Blue, 2020) is a long eclectic and chameleon-length. Stylistically, Massutí and the Zeromonstres dance on this album between the rhythms of jazz or bolero and pop or folk.

The thirteen themes that make up the elapé include the visual and emotional imagery of the group, and in particular Massutí, who has written and composed almost all the songs. Also included in the disc is a space for poetry, incorporating as lyrics the compositions of the Mallorcan poets Miquel Cardell and Andreu Vidal.