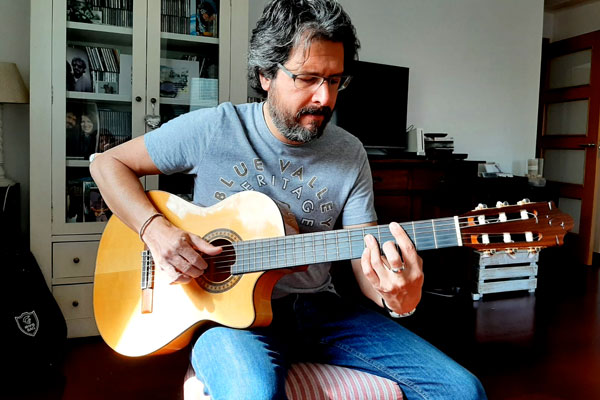 The versioned reflection of Oriol Saltor
Guitarist releases third solo elapé, ‘Mirall’
Oriol Saltor discovers his fourth studio work, Mirall (DiscMedi, 2020), which follows in the footsteps of his debut Cristalls (DiscMedi, 2016). Mirall is presented as a reflection of Saltor himself with 16 songs that combine his own repertoire with versions of styles as diverse as rock or flamenco.

On guitar, Saltor's distinguishing feature lies in the hybrid technique of prick and finger, which makes him one of the leading guitarists in the country. In the disc, it demonstrates it with versions of Manuel de Falla (the dance of the miller), Joaquin Rodrigo (with a fragment of the Concierto de Aranjuez), Lluís Llach ("That we have luck") but also with a tribute to the American Chet Atkins, with adaptations of "Mr Sandman" or "The Entertainer," Bon Jovi's "Livin 'on a Prayer," John Lennon's "Imagine," or Cohen's "Hallellujah." In addition, Saltor also recovers some songs of own harvest like "Crystals" or "Rumbeando", already including in the last albums.